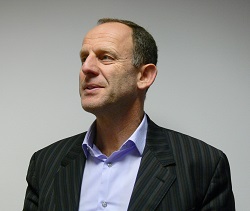 Beaverbrooks is particularly proud of its very special Culture that encourages Managers to truly listen to, care for, support and develop their people.  The Company has a very strong emphasis on Charity and donates 20% of its net profit annually.

Since the year 2000, Beaverbrooks have donated more than £11 million to over 400 charities.

Mark oversaw the merger of The Fed (Jewish Social Care in Greater Manchester) and Heathlands Village (Residential Jewish Care Home in Prestwich, Manchester).  He became Chairman of the newly formed entity now known as THE FED in November 2009.

He is a Governor of Withington Girls’ School

He is a council member of the Jewish Leadership Council.

In October 2015 Mark was presented with the OBE by HM The Queen at Buckingham Palace for ‘Services to Business and Charity in the North of England’.

Hobbies & Interests: include sport, music, and theatre.  He plays squash and golf, enjoys running, swimming and cycling and keeps fit in the Gym.  Mark loves watching sport and in particular his beloved Blackpool F.C.  Mark is also a big collector of music and has approximately 2,500 albums and more than 450 vinyl singles.  He enjoys live concerts and theatre.