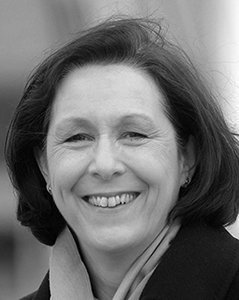 Felicity is a former senior BBC journalist and presenter who discovered a passion for regeneration. She led the team which funded, built and established the country’s most successful arts-based millennium projects, The Lowry theatre and gallery complex. After ten years of leading The Lowry she was asked by Salford City Council to help set up a much bigger regeneration project and now chairs Central Salford, the largest Urban Regeneration Company in the country which is charged with helping to redevelop what was the old City of Salford. In 2006/7 she led the consortium which won the highly contested bid to relocate a major part of the BBC to the North and devised the concept of mediacity:uk, a globally significant new media hub.

Felicity gave up broadcasting to become one of the first directors of the Northwest Development Agency and develop her business interests. She chairs the regional organisation responsible for developing Tourism across the Northwest and she is chairman of the University Hospital of South Manchester, her ‘local’ albeit major teaching and research hospital.

Felicity’s business career included founding, with colleagues, the Unique Communications Group, a broadcast production and corporate communications company; she was for many years a non executive Director of Nord Anglia PLC. She is a governor of The Manchester Grammar School, a director, and past President of the Greater Manchester Chamber of Commerce & Industry, and a council member of Salford University. Honours include a number of honorary degrees, together with the CBE for services to regeneration and an honorary fellowship of the RIBA.