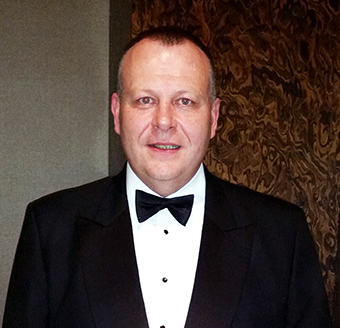 Darren was born in Oldham and after leaving school began a career in accountancy. After some years in that role he joined a Funeral Directing company. Now after over 23 years in this occupation, he owns and manages three Funeral Director Companies in and around the Oldham area.

Darren’s main interest in voluntary work is with St John Ambulance.  He joined St John at the age of 8 years old and is still actively involved having held a number of appointments, from being and Area Commissioner and finally the County Commissioner for Greater Manchester, a post he held from 2001 – 2007. During this time Darren managed and led numerous projects and arguably the most prestigious of which was the First Aid coverage of the Commonwealth Games in Manchester in 2002.

HIs current role within St John is that of the Chairman of the County Priory Group for Greater Manchester.  Over the years Darren has received three special awards from Her Majesty The Queen in recognition for his voluntary service to St John.  He was awarded the Serving Brother of the Order, Officer brother of the Order and in 2014 Commander of the Order.

Darren enjoys fine wines of the world and city breaks.  He has a son Michael who is 27 years old.