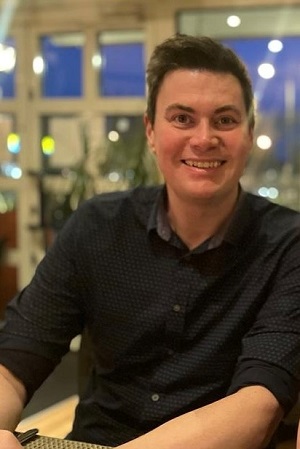 Initially starting a career in 1994 in Hospitality and Catering, which included working internationally and nationally, David moved into local government, working for Bury Council in 2009. Starting at Bury Council as a civic venue manager, David has built a successful career and is now Head of Commercial Services. Whilst working for Bury Council, David’s passion for people, inclusion and diversity was ignited when he joined the council’s LGBT Employee group and was made a Stonewall role model and equality ally in 2010. Since then, David has focused on ensuring that equality, inclusion, and diversity is in the heart of everything he does.

He has been instrumental in driving and leading Bury Pride to become the UK’s best small pride event in 2021. He is involved in supporting the LGBTQI+ community in Bury and Greater Manchester as well as co-founding the Bury LGBTQI+ Forum, a charity which supports and assists LGBTQI+ people to access services successfully as well as supporting organisations to be LGBTQI+ inclusive.

He is also a member of Bury Council’s Inclusion group which supports policy change within the council to promote equality and inclusion for the workforce as well as Bury residents.

David is passionate about raising the profile of local charities and community groups and has been involved with many fundraising activities ranging from 10k runs to learning how to ballroom dance for Bury Hospice.

He has been awarded the Greater Manchester Chief Constable’s Citizen Commendation for Partnership working as well as being awarded multiple awards for volunteering and inclusion.

Being interested in the arts and music, David is on the Board of Directors for the Met, a theatre in Bury, as a trustee, focusing on dynamism and programming.

He lives with his partner of 20 years and has two dogs. He was made a Deputy Lieutenant in March 2022.