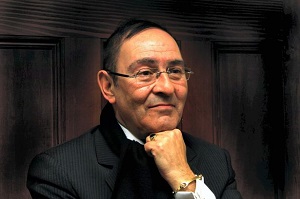 Sir Howard was Chief Executive of Manchester City Council for 20 years and retired in March 2017. He was also Head of the Paid Service for the Greater Manchester Combined Authority which was the first such institution created in the country.

Throughout his career he has led a range of regeneration based activities- including the reconstruction of the City Centre following the terrorist bomb in 1996, the developments associated with the hosting of the 2002 Commonwealth Games including what is now the Etihad Campus, a range of major commercial, transport and cultural developments including Spinningfields, the advent and then expansion of Metrolink, the Bridgewater Hall, Home, the Manchester Conference Centre, the City Art Gallery and now the Factory which is part of the St John’s development. He also led negotiations for the historic Devolution deal between Greater Manchester and the Government which included health and social care. He is now a strategic advisor to Deloitte the global professional services consultancy, the City Football Group and is an Hon Professor of Politics at Manchester University. He has a variety of Hon degrees from all the academic institutions in the City. He is also closely involved in a range of community projects.

He is married to Vanessa, has two Children -Jonathan and Natalie- three stepdaughters – Danielle, Francesca and Dominique- and 4 grandchildren. He remains a passionate advocate of Manchester and the delivery of the Northern Powerhouse strategy.