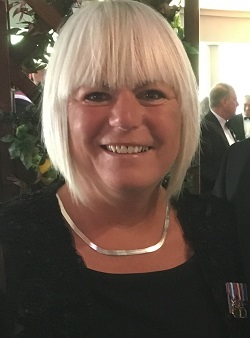 Karan is a retired police officer who was the Divisional Commander for Bury before retiring from Greater Manchester Police in 2016.

Since retiring Karan has immersed herself in charity work; she started by chairing the Bury Mayor’s Charity Committee for 2 years and has carried on working with charities across the borough since.

Karan believes that the voluntary sector is one of the most significant sectors in our country and is determined to show the importance of these hard-working volunteers being recognised for their contribution. Prior to becoming a Deputy Lieutenant, she submitted several successful nominations for the Queen’s Award for Voluntary Service.

She is also interested in improving provision for the young and disadvantaged having access to the Duke of Edinburgh Awards Scheme across Greater Manchester. She is the Lieutenancy point of contact for the North West DofE Team and has formed a strong relationship with them to help promote the scheme across the county.

Karan and her husband Steve Sheppard have 3 sons and 3 grandchildren between them.