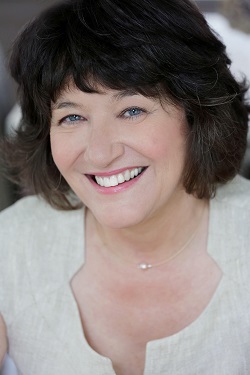 Born and bred in Wythenshawe, Karen is a proud Mancunian. Schooled at Baguley Hall Junior School followed by Brookway High School, she went on to work in a bank before deciding that there had to be something more exciting in the world. Mysteriously she decided to become a lawyer and went on to study law at Manchester Polytechnic followed by Chester College of Law.

After qualifying as a lawyer in 1989, Karen has been a solicitor for over 30 years in both Birmingham and Manchester. She has held partnerships at Eversheds LLP, Cobbetts LLP and Hammond Suddards where, in each firm, she led the residential development teams acting for numerous FTSE 100 housebuilders.

During the course of her career she has championed various charitable causes working mainly with homeless and children; St Basil’s in Birmingham and the Booth Centre in Manchester. As a partner at Eversheds in Birmingham she set up the firm’s first CSR programme; practical as ever she led a mammoth charity canal journey from Birmingham to Stratford-upon-Avon taking 14 hours to travel 25 miles across 54 locks with a team of 25 to raise thousands for St Basil’s from sponsors. During her time living in Birmingham she was also a school governor of Sharman Cross Primary School.

Karen retired from practising law in 2014 and began training to be a licensed Lay Minister in the Church of England eventually being licensed in 2019 at Chester Cathedral. She became a trustee of Boys and Girls Clubs of Greater Manchester in 2015, was appointed Chair in 2017 and now leads the charity with a focus on 21st century needs of our young people. Karen is also a trustee of Bowdon PCC and has been Treasurer since 2018 – this has been a steep learning curve, but she is confident she now more or less understands accrual accounts!

In 2015 Karen became a full-time mother to an adopted son and has a great interest in the work of our charities supporting children in care or otherwise vulnerable, children leaving care and kinship carers.

Most recently Karen led Bowdon Parish in sponsorship of the Booth Centre Sleep Out with 14 young people and 9 adults raising £3500 for the Booth Centre by sleeping outside St Mary’s church all night in temperatures of -1c. There was ice on the sleeping bags.