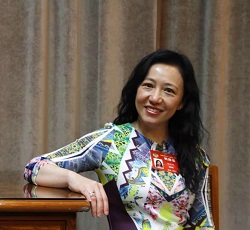 Lisa is a solicitor and partner in the firm of Brindle & Yam Solicitors.

She specialises in immigration and commercial matters and over the years has built up particular expertise in advising overseas individuals and companies looking to invest and do business in the UK.

Since 2013, Lisa has devoted one day of her working week to providing free legal advice and assistance to individuals, community groups and charitable associations.

In 2016, Lisa was elected President of the Federation of Chinese Associations of Manchester (FCAM) having served as its Vice-President since 2012, the first time that either role has been held by a women in the 27 year history of the association.

She has served as a Member of the Independent Advisory Group to Greater Manchester Police since 2016 and has recently been appointed Chairwoman of the Board of Trustees of the Centre for Chinese Contemporary Art, a registered charity based in Manchester’s Northern Quarter.

In addition, she is regularly chosen to represent the UK’s Chinese community at international conferences and events and acts as a Consular Assistance Volunteer for the Consulate General of the Peoples Republic of China in Manchester.