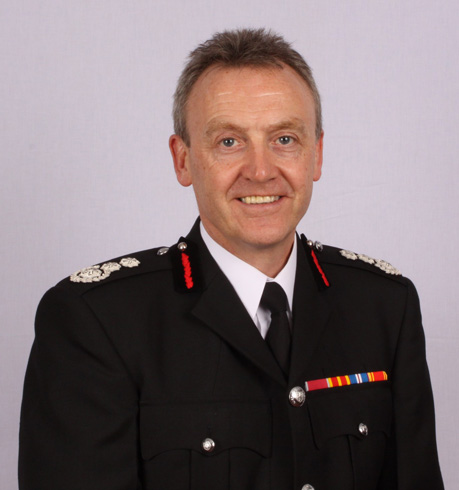 Steve was educated at Thornleigh Salesian College, Bolton and joined the Fire and Rescue Service in 1976. He has held a series of posts in the Fire Service – he joined Royal Berkshire in 1986, West Midlands in 1989 and was appointed Deputy Chief Fire officer of Cheshire Fire and Rescue Service in 1998, before being appointed Chief Fire Officer in 1999. In 2009 Steve returned to Greater Manchester Fire Service, where he began his career, as County Fire officer and Chief Executive in 2009.

Steve continued his education whilst in the Fire Service and holds a Masters Degree in Management, an Honours Degree in Political and Social Science and a BSc in Fire Safety, Technology and Management. He attended the Civil Service “Top Managers” programme in 2002. He is also a Fellow of the Institution of Fire Engineers.

Steve was a Board member of the Chief Fire Officers Association [CFOA] for over seven years leading for the Association on HR and Equality matters. He was elected President of CFOA from 2007-08 and has also been the Principal Advisor on Fire and Rescue matters to the Local Government Association. During his time in Manchester, he was also the Chair of the Greater Manchester Resilience Forum.

Steve left the Fire Service in 2015, and has since embarked on a second, portfolio career.

He is currently Chairman of Warrington and Halton Teaching Hospitals Foundation Trust, as well as being on the Board of the National Leadership Centre. In addition, he is Expert Witness to the Grenfell Tower Fire Public Inquiry as well as being a trustee to a number of charities; and he also undertakes consulting roles from time to time.

Steve is married to Julie; and they have two daughters and two grandchildren.