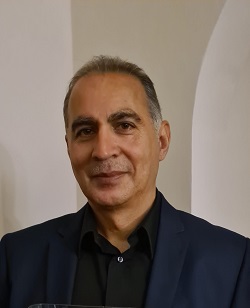 Having served as a police officer for 30 years, Asrar received numerous awards/commendations from High Court Judges, Magistrates and Chief Constables for his work.  He received a National award for Innovation in Policing from the Home Secretary and later was the recipient of a national award for Inspirational Leadership.

Asrar served in a range of departments including the CID. He was the Inspector responsible for policing the City Centre of Manchester, regarded one of the busiest/challenging locations and later served as a Detective Chief Inspector in the Prevention of Terrorism Unit, London.

Now retired, he remains a consultant and a subject matter expert for the National Crime Agency and is a member of the Greater Manchester Advisory Committee

He was a member of the University of Manchester General Assembly and a Non-Executive Director of a mutual housing organisation.

Since retirement he has also voluntarily worked in refugee camps in Greece following crisis in the middle east where he supported many displaced people including setting up outdoor cinemas for children in the evenings using old powerpoint projectors.

Asrar, together with his family, run the Amaani Initiative: a project aimed at enhancing the local environment and making people more climate aware. He was recognised by the Royal Horticultural Society for his contributions.

He is currently learning about the contributions made by soldiers from South Asia in WW1 and WW2.