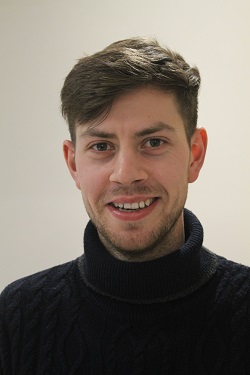 Michael was born in Salford in 1990, the youngest of 2 children to a young family. He gained his degree in Geography from The University of Salford and went on to train to be a teacher at Manchester Metropolitan University. Since then, he has worked in schools in Salford before joining Manchester Grammar School in 2017; where, currently, he is the Assistant Headteacher for Outreach, Service and Partnership at one of the country’s leading independent day schools.

As a Mountain Leader Michael has a passion for enabling young people to get outdoors both within the education and voluntary sectors. He has had a variety of roles in The Scouts at both a national and local level, including being a National Trustee. Michael is a passionate supporter of both The Scouts and The Duke of Edinburgh’s Award and explains that without these organisations he would not be the person he is today. Currently, Michael is the lead volunteer for an active Scout Group in Salford, supporting over 80 young people and adults, is a member of The Scouts National Awards Advisory Committee, as well as being Deputy Chair of Cheshire Scout County.
Michael also sits as a Magistrate in Greater Manchester having been sworn in, in 2021; a role he finds extremely rewarding.

With a keen eye for charity governance, Michael has been the Chair of Trustees for Proud and Loud Arts for the past 7 years, supporting the charity to develop within this time, and gaining the Queen’s Award for Voluntary Service in 2019. He is also a governor at Ashcroft School, a Special Independent school, part of the Together Trust, where he chairs the Teaching and Learning Sub-Committee. Michael is a trustee for the Bond Board, who work to reduce homelessness by finding homes in the private sector for people on low incomes.

He is a proud Salfordian and is passionate about social mobility based on his lived experience.